I was feeling nostalgic the other day and I began thinking about my first true ecommerce business. Back in 2002 I started selling scooters.

Courtesy of the wayback machine you can see my first ecommerce site in all it's glory above (forgive the typos and bad grammer).

I had to learn all sorts of things to make this business happen. First, I had to figure out how to put together a site. In school earlier that year I'd learned how to use Microsoft FrontPage which came in handy. I put together the site & signed up for a PayPal account. Then I found a dropshipper of scooters (called ScooterX) and I was ready to go.

For advertising, I used Google Adwords. Back in the day there was much less competition. It was glorious.  I was getting clicks like crazy and making $200+ per sale. Things were going great so I put more money into ads and even bought one scooter for myself so I could test the merchandise.

Then I learned a very important lesson (the hard way). I sold a scooter to a person we'll call RS. After she received the scooter she decided that this scooter wasn't right for her son. She claimed the the scooter looked used and she wanted to return it. I informed her that the scooter was brand new when she received it and since her son had used it, I couldn't take it back.

We went back and forth and I didn't hear from her for a while so I thought she'd given up. Then I get an email from PayPal informing me that they were freezing my account as RS had filed a chargeback complaint. I was a little bit nervous, but I did a little research and thought I was going to be ok. If I lost, I'd at least get the scooter back that I could resell or I'd win and go on with my life. I responded to the complaint and I waited to see what PayPal would do.

Finally after what seemed like forever I got a reply, PayPal ruled in her favor. Just like, that my money was gone. I emailed her and said she needed to send the scooter back. I told her I would mail her a check for the shipping, she refused. She told me to send her a prepaid UPS label (which I didn't know how to do) and she'd sent it back. I begged and pleaded with her to send it back, but in the end she just stopped responding. It was over.

At the time, the $549 I lost was a lot of money for me. That summer had been pretty good for me. I had a pretty great side business reselling things I bought at auction but currently all my money was still tied up in inventory. Even if I had the money, I was so afraid of chargebacks that I just ended up shutting the business down.

While overall the business was a failure, I learned a valuable lesson. It was here that I learned the power of dropshipping. With no experience or special skills I was able to launch a new business in a week. I also learned to always take chargebacks seriously. The system was skewed towards buyers and I needed to try harder to make people happy or at least get the merchandise back before the relationship soured completely.

Finally I learned to never give up. I shouldn't have let this one bad transaction make me quit. That was the golden age of dropshipping and I dream of what I could have accomplished. It took me 16 years until I'd give dropshipping and ecommerce a chance again and I'm glad I did as all my current success is because of it. Now, when something goes wrong, I don't give up.  I roll up my sleeves and work even harder. 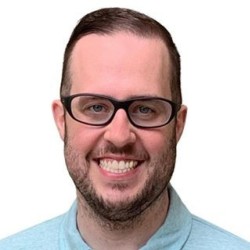